...Are less than 2 weeks away!
I've entered the 69kg class so I have to lose around 1.5kg to make it. FINGERS CROSSED!
Heavy week this week, I did big squats (for me) on Tuesday which was surprisingly easy.

S is coming to visit for a week! Looking forward to it!

I've develped some sort of RSI in my indx finger from too much typing/mouse clicking/writing which is making it hard to take notes :/
Posted by Christine at 10:14 AM No comments:

Ok so, I'm feeling a lot better because I've been talking to some to the faculty co-ordinators and stuff and I've worked out that the best thing for me to do is take a gap year next year, go home and do some light research work, get a part time job and study at my own pace for a bit :)
That way I can be totally refreshed for third year in 2014 and I can also have a life for once!

Also, I got a high HD on my latest assignment :3
I got a rubbish on one of my other assignments but that one was highly subjective (reflective piece) so apart from that, I have gotten HDs on all my assignments so far in both years :D
Posted by Christine at 6:05 PM No comments:

I feel mildly bad about my lack of posting, I was supposed to be doing this blog shebang more often and while I have plenty of things I would love to write about, I just don't have time.

I am currently about to start my third week of semester, we are currently in the thick of haematology AND pelvis and franklin, I'm dead. Absolutely exhausted. I have around 30 contact hours per week at university and spend a good 25-30 hours studying outside of uni and I am so tired.

If you're reading this, whoever you are, wherever you are, I hope you are well :)
Posted by Christine at 12:12 AM No comments:

I admit it, I have a baking addiction.
Like, seriously. I can't stop. I have made four batches of cupcakes in the last week and luckily, living in a household of six (I'm home for the holidays - yay!), they get eated really quickly.

So I'm going to post so photos of my creations!

I didn't realise at the time but the reason my buttercream split so badly was that the cream cheese I used was low fat (30% less) and the extra water in it separated out and wouldn't combine.

Today was a busy day for baking and cooking, I made a 'Red velvet' chocolate cake with cream cheese frosting and two soups! 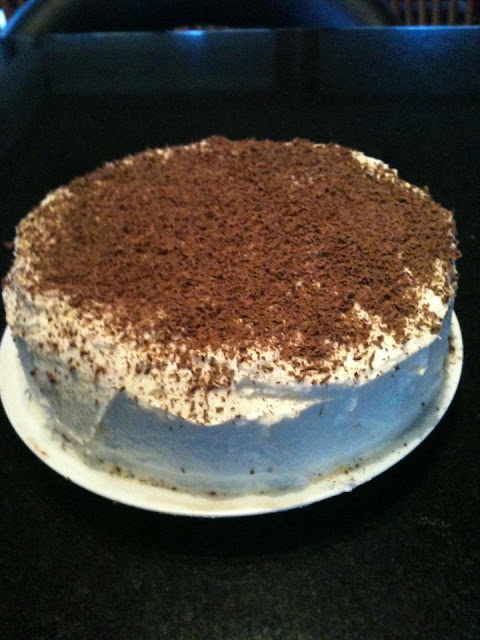 I made a basic chocolate cake, sliced it in half and while it was cooling, I made Italian meringue and cream cheese frosting. I used Whisk Kid's cream cheese frosting recipe and modified it to make Italian style buttercream as opposed to Swiss, which is a lot heavier and not so popular in my house, and slathered it on (smooth, fluffy deliciousness!) I then grated a piece of 70% Cocoa Lindt over the top. 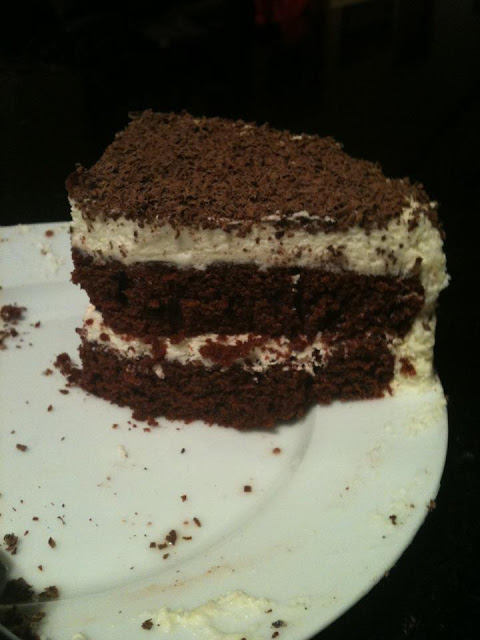 Lets just say it went down rather well :p 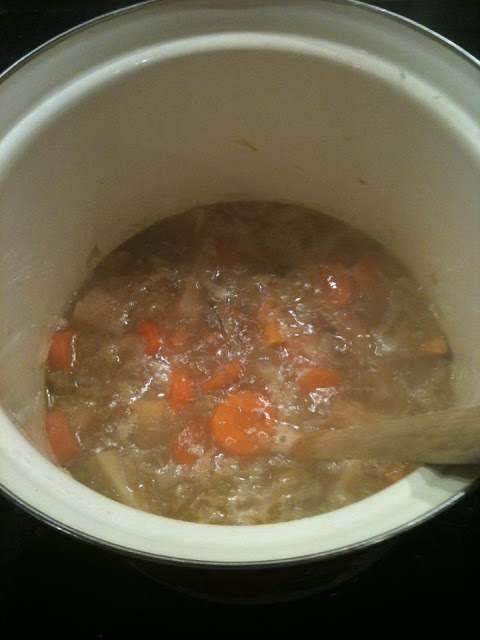 (My iphone sort of killed the colours)


After dinner I decided to start on my soups, the first is a basic 'everything' soup so, onion, cabbage, carrot, parsnip, swede, celery, bacon bits and the leftover roast lamb, pumpkin, parsnip, potato and sweet potato from dinner as well as a litre and a half of chicken stock, large pinch of salt and lots of black pepper. 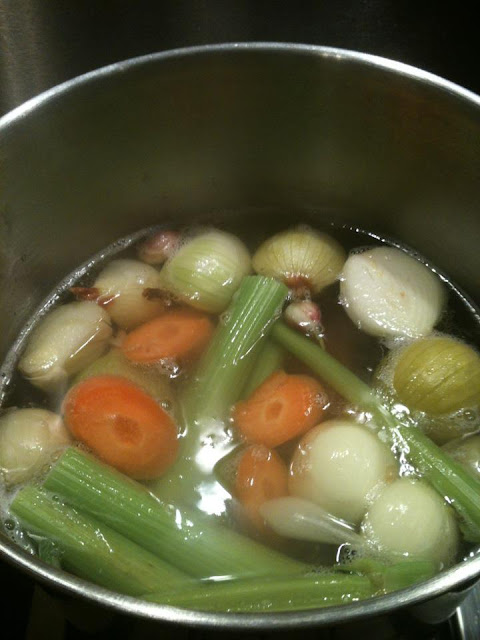 I am also making Ham stock for another soup. I got the massive stock pot and placed two massive ham hocks, 6 onions (in halves), 5 cloves of garlic, two huge pieces of celery, a carrot, a bayleaf and a sprinkling of black pepper corns and then overed it all with water. This is simmer gently for most of the night and I will strain and concentrate it tomorrow. :)

So much food! I am loving being back home!